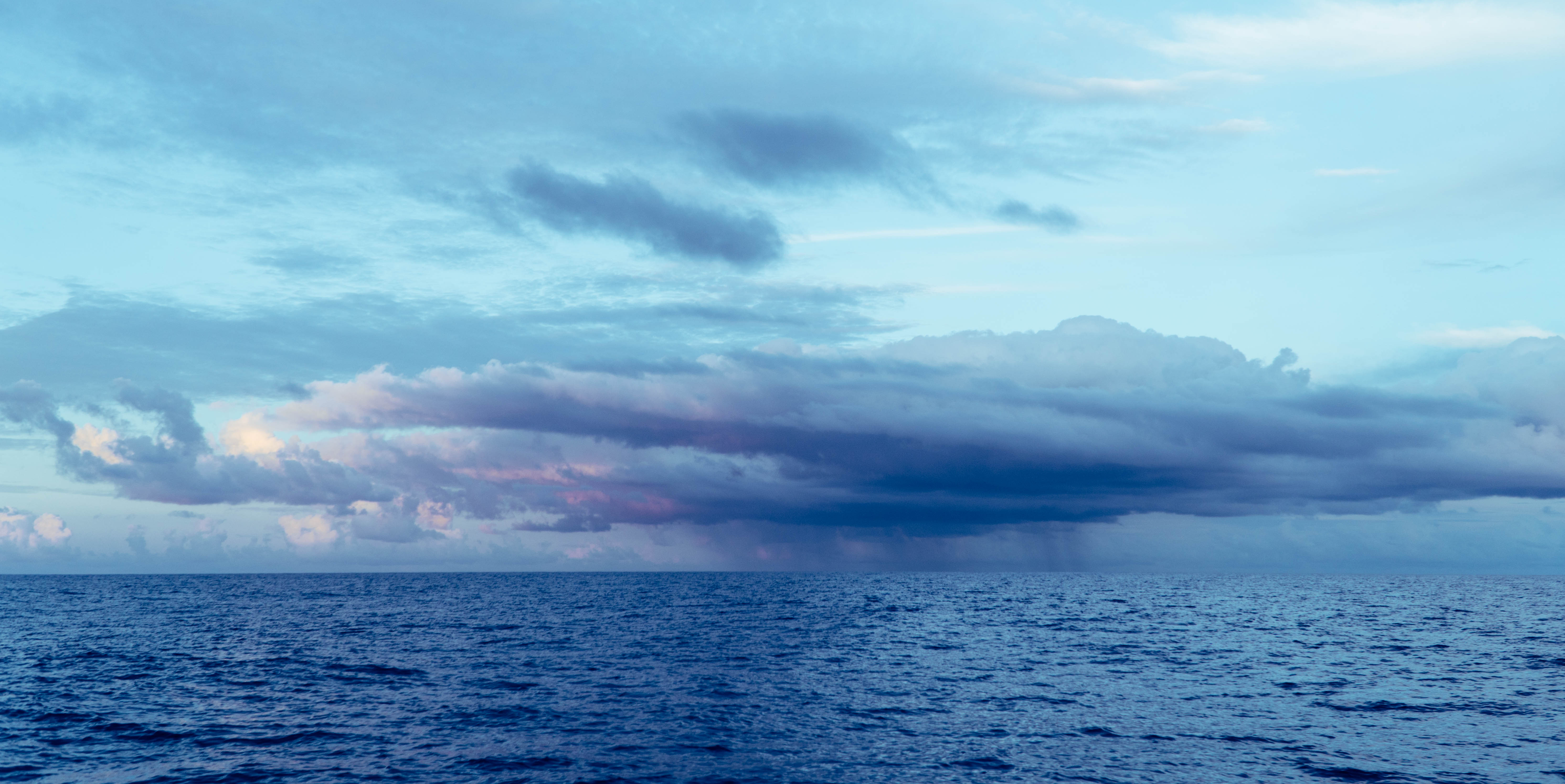 A piece of the journey towards the Azores which got lost in thin air and incomplete HF radio transmission somewhere in the North Atlantic.

I hope to soon give you all an update on how the post-landfall/homecoming period has been, and the current realities of this everlasting rollercoaster.

Crazy day of down-wind sailing; top speed of over 8 knots surfing the waves with the gigantic code-0 sail. As the seas rose towards three metres, the boat got too unstable sideways, and I had to reduce the sail area. Quite a task to get that warm-air balloon of a sail down when it would rather sail more. 4.5 knots without any sail afterwards. Currently 5,5 – 7knts on the genoa. Next two days looks good, but I’m curious of the black wall building up behind me atm.

It seems like I’m in a shipping lane, bypassed three ships today fairly close. Last one, super nice Croatian captain “Palli” of the 330m long MSC Tomoko wanted to hear all about my sailing adventure as he also dreamt about sailing solo around the world, now that he is close to retirement.

Some days ago, I woke up in the night annoyed by the smell of onions. They where lying by my bedside in a plastic bag, and I only have vague memories of moving them to under the table, and then somewhere else. Last night, while attempting to compose yet another dinner, started searching for these onions. I just could not remember where they were, and I mean, how many possibilities are there? I searched the whole cabin, the bathroom, the bow, all lockers and could not find any onion. Could I have thrown them overboard in my half-sleep? I gave up and made my meal without. Today, another attempt on finding the golden treasure. I searched all the same places, dug deep in the cupboards, lockers and wardrobe, even chart table and outside lockers. Nothing.

Starting to seriously mistrust my ability to place foods at reasonable places; I finally found the fucking bag of onions under the floors, under the toilet. Yey!

Back to good old fashion; hard upwind sailing in the wrong direction. Almost missed it. Luckily only for one day. Tomorrow it’s forecasted complete silence. In other words, two great days of progression ahead!

AIS started to beep as it lost GPS signal. Not good. Without it I will disappear from the screens of all other vessels, and loose track of them my self. Over to manual watch. Too much waves to attempt a check of antenna. It’s not entirely dead, just insufficient signal to establish position. I hope it’s because of the massive weather systems over the whole north Atlantic.

Signal back, now two hours later. Weak, and dropping from time to time, but back. Not dead.

Fresh morning bath; really makes the day! The water start to be chilly with a drop of nine degees C from the 29-32C I’ve been used to the past one and a half years, to now 21 deg. Really missed it, that little kick.

Some welcome light winds this afternoon, pulling me east 3-4knts. I’m playing with the thought of going for the Azores as the winds this week, for once, is in favour of that.

Confirmed with Ostrika(Switz sailing boat), about 70nm south of me, that they also had trouble with GPS reception. Relieved it’s not my AIS showing signs of failure!

Great day of broad-reach sailing. Just slightly frustrating with 1.5-1.8knts of current against me, leaving me with 4.5 instead of over 6knts. Contact with the “Ostrika” which was doing 8-10knts with 1.5knts of favourable current (and the freezer full of fresh fish, gawd) I feel like I’m stuck in a traffic jam..

Going N to 41N to not run out of wind before turning south towards Horta (which is at 38-30N, 2deg30min = 150nm) . Can’t wait for some fresh cheese (famous in the Azores), fresh vegetables, fruits and a good bottle of Port. Full Code-0 sailing now, but still SOG (speed over ground) of only 4.2 and LOG (speed in water) 6knts.

Decided; going 60nm / 20hours north to get out of counter-current and into a favourable one to get east (and south again)

Exactly half a year since Nora flew back home from the Cayman Islands and it’s her birthday! Crazy, little sis is halfway to fifty (and thirty).

It’s also exactly one month since I left Jamaica. I’ve actually been absent from civilization an entire month. I’m not in existence to any larger degree than to you who reads these words, maybe I am the internet? Perhaps this is how the internet looks from the inside?

To further supplement the “Astral-Owls in the cosmos”, I’m exactly halfway between Jamaica and Norway; 2400nm in each direction!

Full celebration aboard under a sky and moon taken straight out of a Tim Burton movie.

While the young man is watching his pigs in the woods, he discovers a large tree, whose branches lose themself in the clouds. “How could it be,” says he to himself, “if you were to look at the world from the top of that great tree?”. So, he climbs up, all day long he climbs without even reaching the branches. Evening comes, and he has to pass the night in a fork of the tree. Next day he goes on climbing, and by noon he reaches the foliage. Only towards evening does he come to a village nestling in the branches. The peasants who live there give him food and shelter for the night. In the morning he climbs still further. Towards the noon, he reaches a castle in which a young girl lives. Here he finds that the tree goes no higher. She is a king’s daughter, held prisoner by a wicked magician. So the young man stays with the princess, and she allows him to go into all the rooms of the castle: one room alone she forbids him to enter. But curiosity is too strong. He unlocks the door, and there in the room, he finds a raven fixed to the wall with three nails. One nail goes through his throat, the two others through the wings. The raven complaints of thirst, and the young man, moved by pity, give him water to drink. At each sip, a nail falls out, and at the third sip, the raven is free and flies out of the window. When the princess hears of it, she is very frightened and says, “That was the devil who enchanted me! It won’t be long now before he fetches me again.” And one fine morning she has indeed vanished. The young man sets out in search of her, and out in the forest, he meets a wolf, who says, “do not be afraid! But tell me, where is your way leading you?” The young man recounts his story, whereupon the wolf gives him as a magic gift a few of his hairs, with which the young man can summon his help at any time. While he continues to search for the princess, he encounters a bear and a lion, who, the same way as the wolf, gives him some hairs of their fur. The lion also informs him that the princess is imprisoned nearby in a hunting-lodge. He finds the lodge and the princess but is told that flight is impossible because the hunter possesses a three-legged white horse that knows everything and would fallibly warn it’s master. Despite that, the young man tries to flee away with her, but in vain. The hunter overtakes him, but because he had saved his life as a raven, lets him go and rides off again with the princess. When the hunter has disappeared into the wood, the young man creeps back to the lodge and persuades the princess to wheedle from the hunter the secret of how he obtained his clever white horse. This she successfully does in the night, and the young man, who has hidden himself under the bed, learns that about an hour’s journey from the hunting lodge there dwells a witch who breeds magic horses. Whoever was able to guard the foals for three days might choose a horse as a reward. In former times, said the hunter, she used to make a gift of twelve lambs into the bargain, in order to satisfy the hunger of the twelve wolves who lived in the woods near the farmstead, and prevent them from attacking; but to him, she gave no lambs. So the wolves followed him as he rode away, and while crossing the borders of her domain, they succeeded in tearing off one of his horse’s hoofs. That was why it had only three legs.

Then the young man made haste to seek out the witch and agreed to serve her on one condition that she gave him not only a horse of his choosing but twelve lambs as well. To this, she consented. Instantly she commanded the foals to run away, and, to make him sleepy, she gave him brandy. He drinks, fall asleep, and the foals escape. On the first day, he catches them with the help of the wolf, on the second the bear helps him, and on the third the lion. He can now go and choose a reward. The witch’s little daughter tells him which horse her mother rides. This is naturally the best horse and it too is white. Hardly has he got it out of the stall when the witch pierces the four hoofs and suck the marrow out of the bones. From this, she bakes a cake and gives it to the young man for his journey. The horse grows deathly weak, but the young man feeds it on the cake, whereupon the horse recovers its former strength. He gets out of the woods unscathed after quieting the twelve wolves with the twelve lambs. He then fetches the princess and rides away with her. But the three-legged horse calls out to the hunter, who sets off in pursuit and quickly catches up with them because the four-legged horse refuses to gallop. As the hunter approaches, the four-legged horse cries out to the three-legged, “sister, throw him off!”. The magician is thrown and trampled to pieces by the two horses. The young man sets the princess on the three-legged horse, and the pair of them ride away to her father’s kingdom where they get married. The four-legged horse begs him to cut off both their heads, for otherwise, they would bring disaster upon him. This he does, and the horses are transformed into a handsome prince and a wonderfully beautiful princess, who after a while repair “to their kingdom”. They had been changed into horses by the hunter, long ago.

(A fairytale that Jung recounts in Archetypes and the Collective Unconscious, The Phenomenology of the Spirit in Fairytales; Grimm, The princess in the tree)